The given situation of Gjilan was not the result of a controlled planning, it has been the consequence of multiple historical and, also recent, events that induced to the emergence of urban figures that were answering to the immediate needs but not responding to a planning with an idea of future for the city. Wars, political events, earthquakes, economic crisis, … have left in Gjilan several scars and erroneous situations and now it’s time to correct them. Nowadays, we find a city were the central spine is a busy road transited not only by the cars of Gjilan but also by cars that come from nearby cities or just need to cross Gjilan. The central point of the city is a roundabout for cars were the city jail is also situated. We could define the current situation as an “urban sickness” or a point where the city of Gjilan cannot evolve more without a correction.

The city is only a limited extent product of conscious planning; largely it is the result of rules and forces originating far beyond the realm of planning. A city’s development is shaped by the consequences and side effects of laws, funding programs, markets and technological progress. Relevant interventions in urban development upon changes in the social parameters, such as in cultural investment, property laws or economic development measures.

Nobody can offer the perfect planning solution for the overall city and future growing of Gjilan area without solving first the current issues; we offer an urban vision to create a totally new healthy image of Gjilan city, changing the character of its central spine and creating a new Central Square of Culture, dominated by new buildings that will situate Gjilan as a urban reference in its area. We’ll create a new starting point for a great future of this city and area by systematizing its public space. 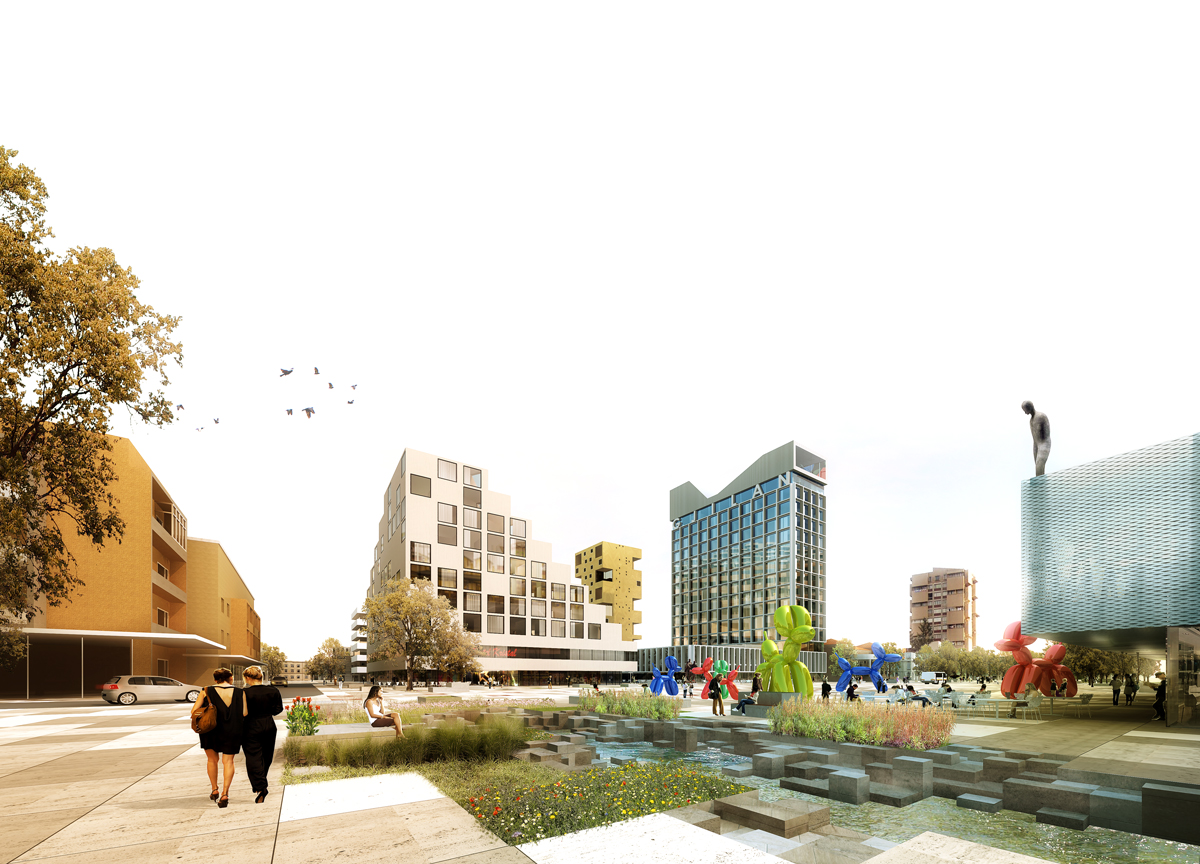 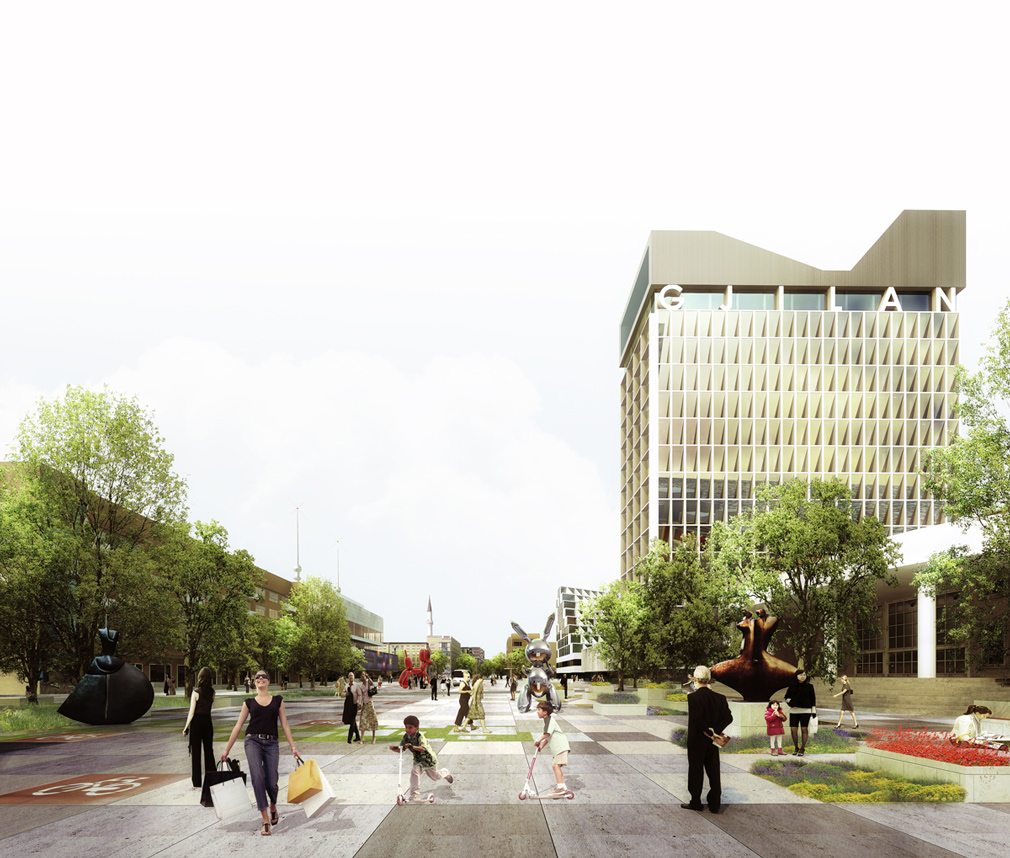 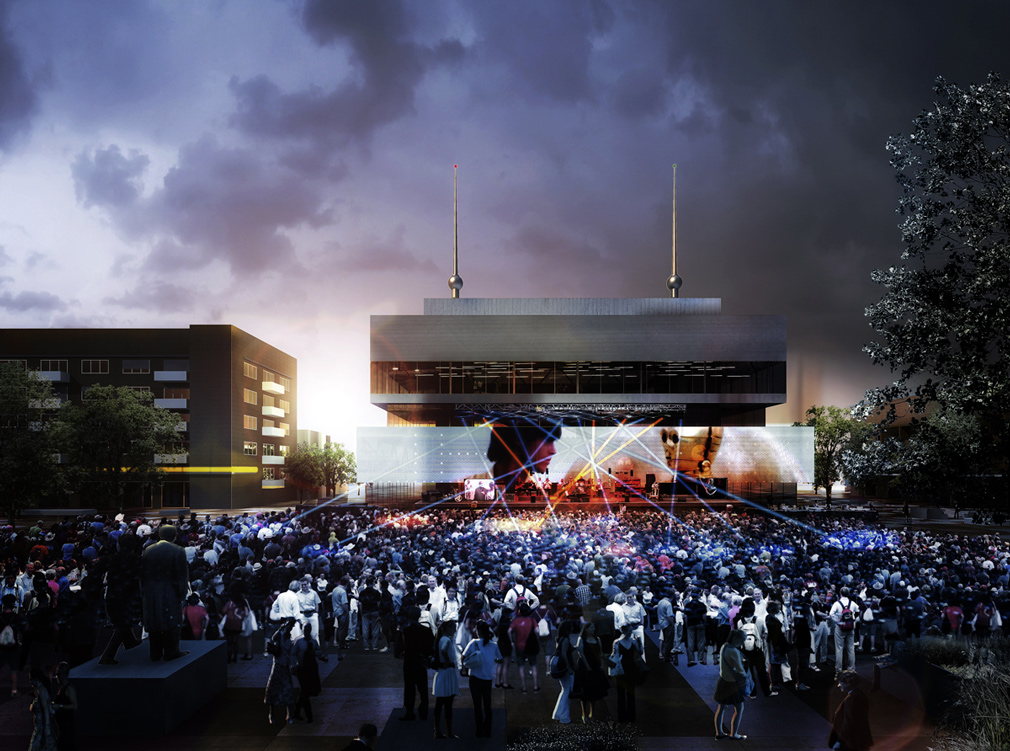 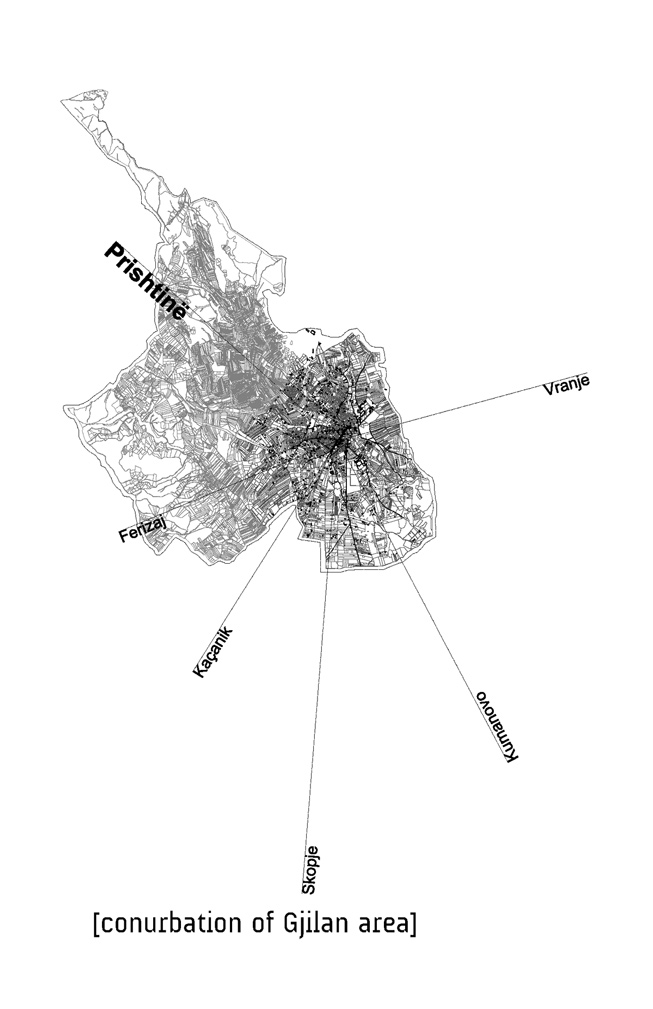 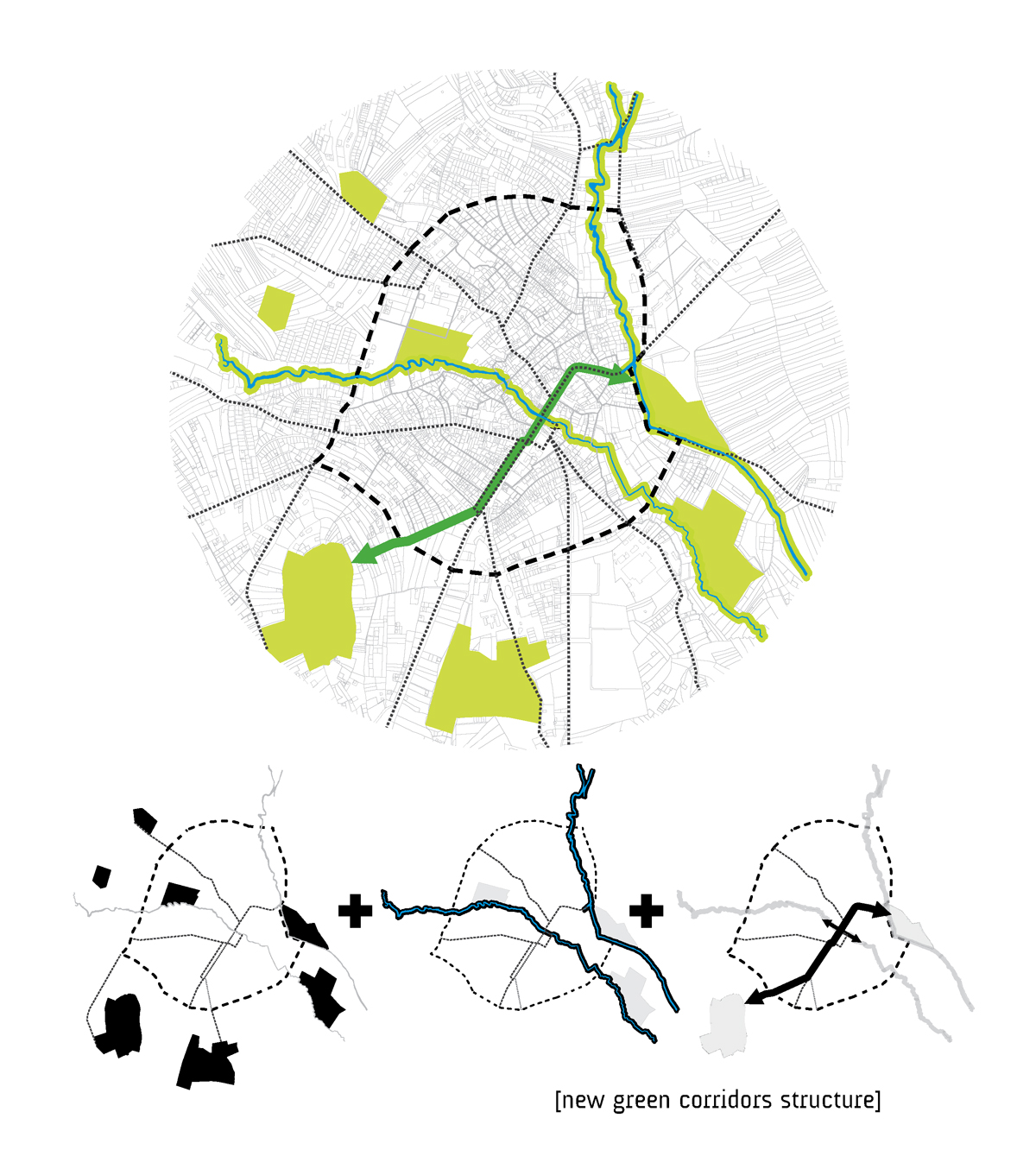 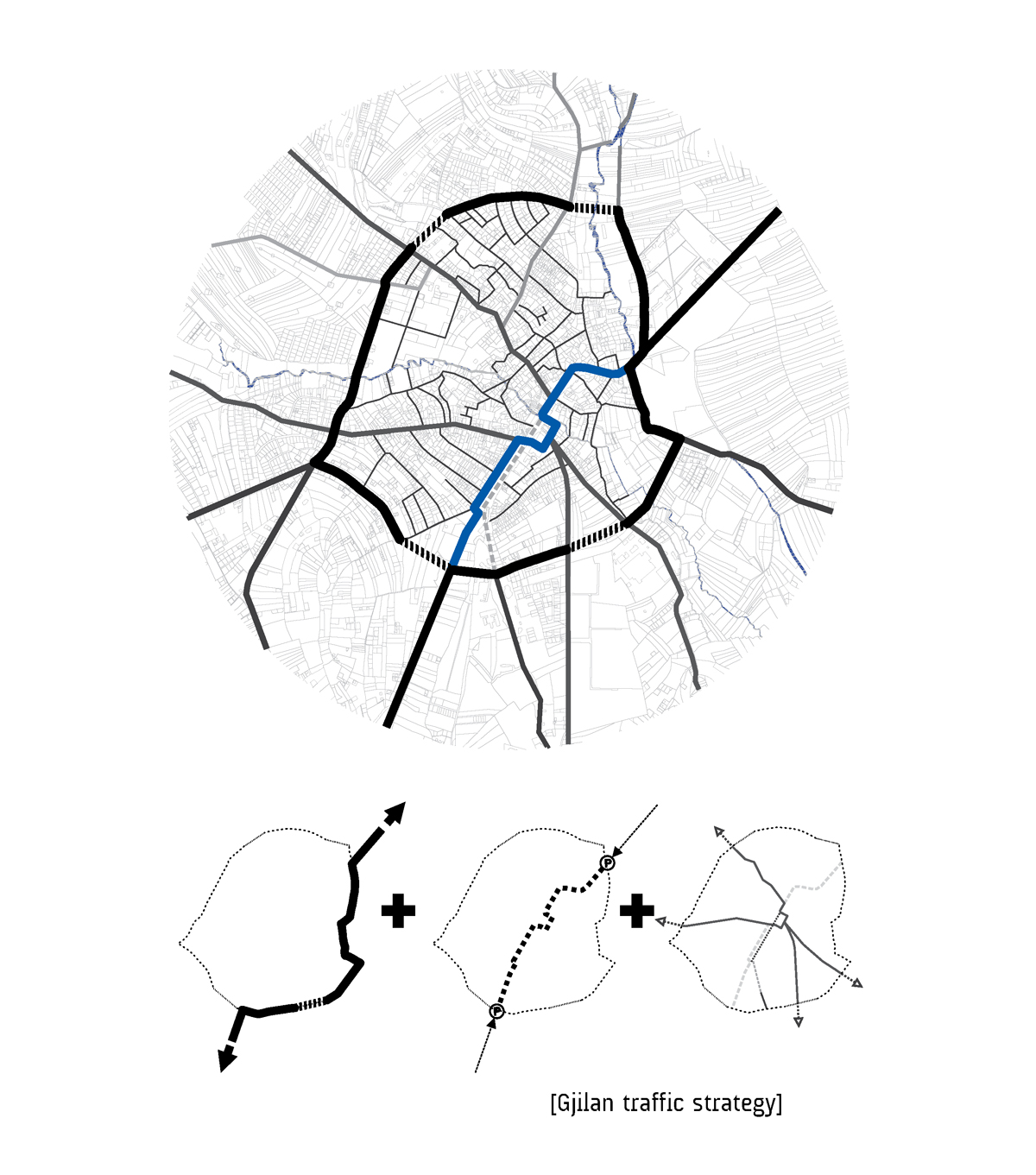 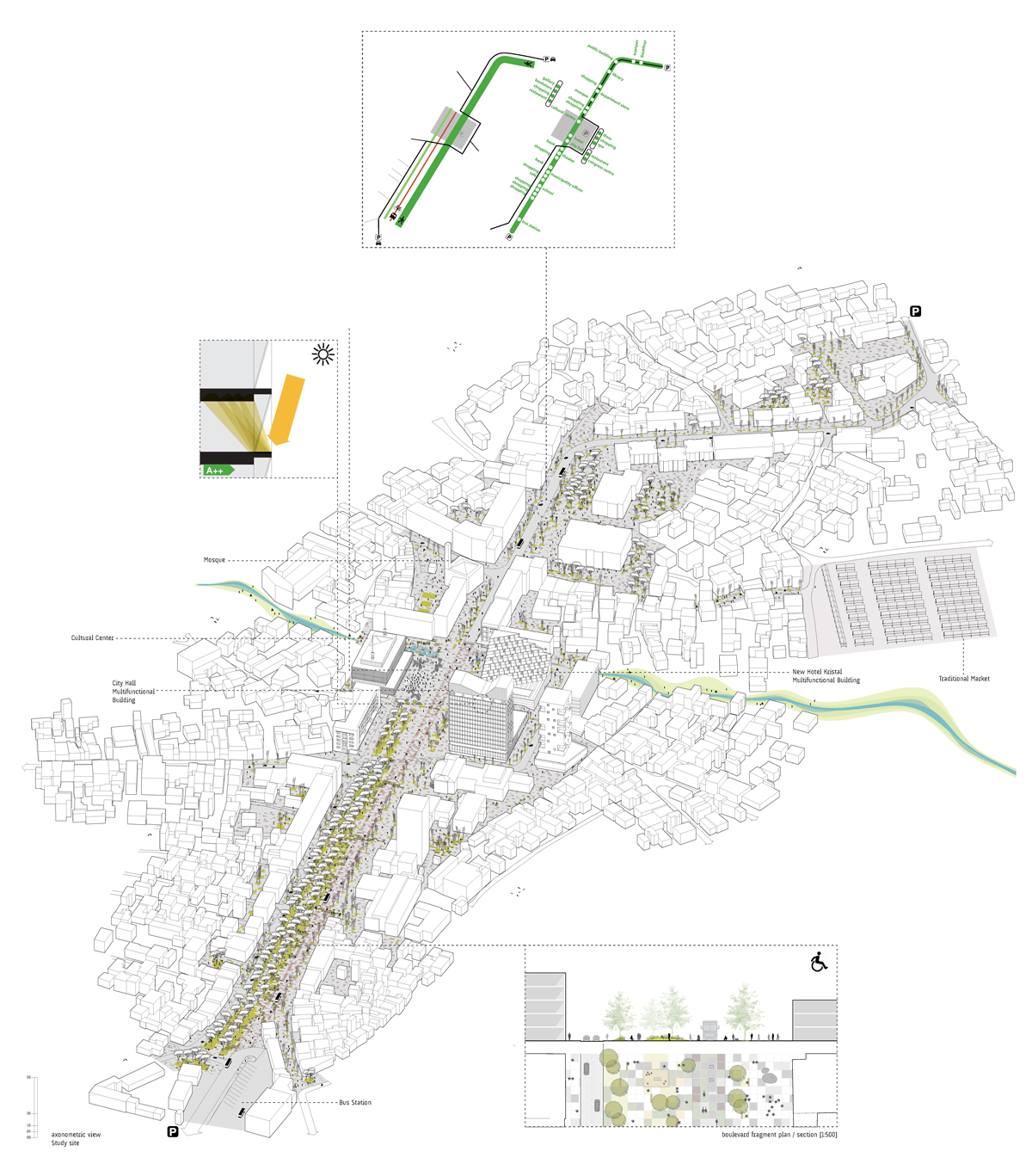 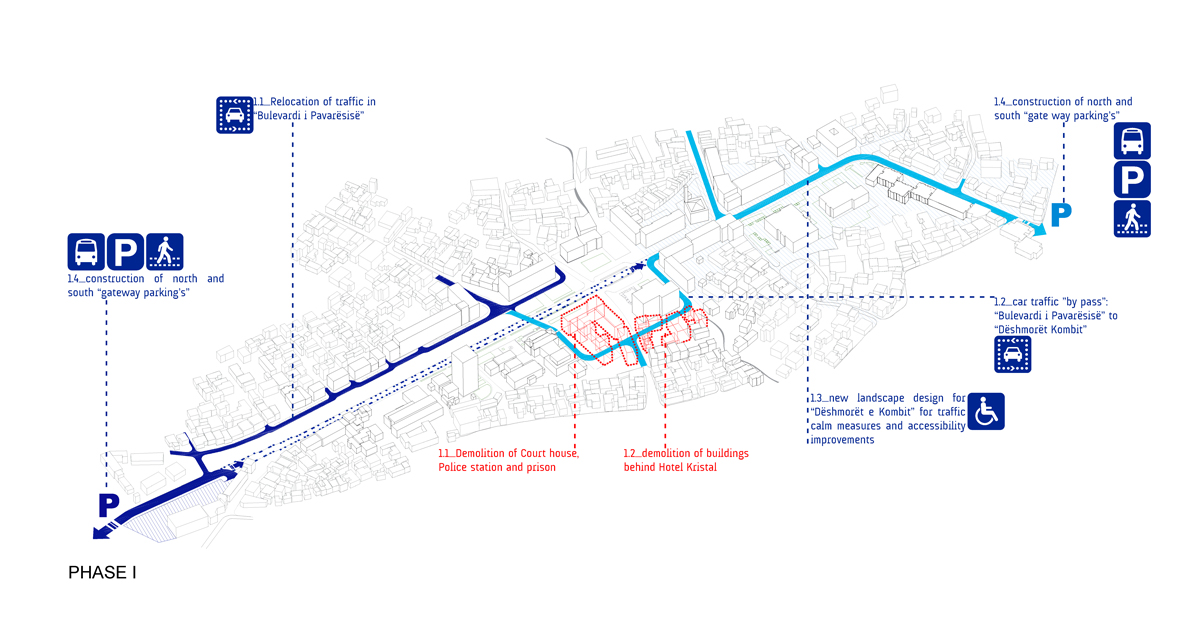 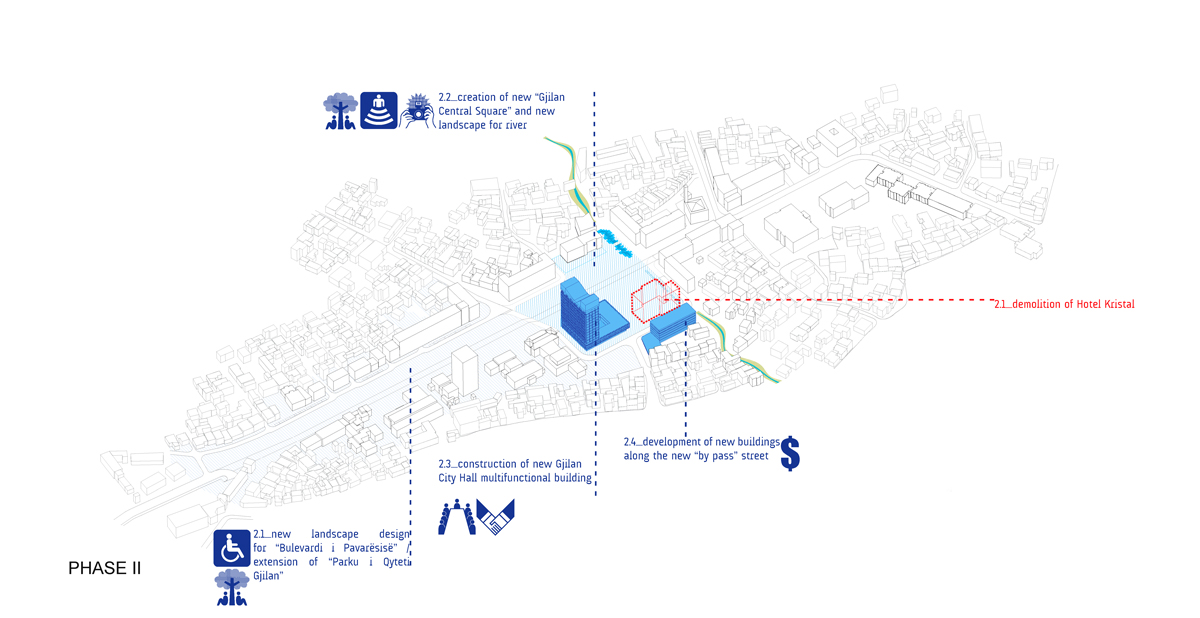 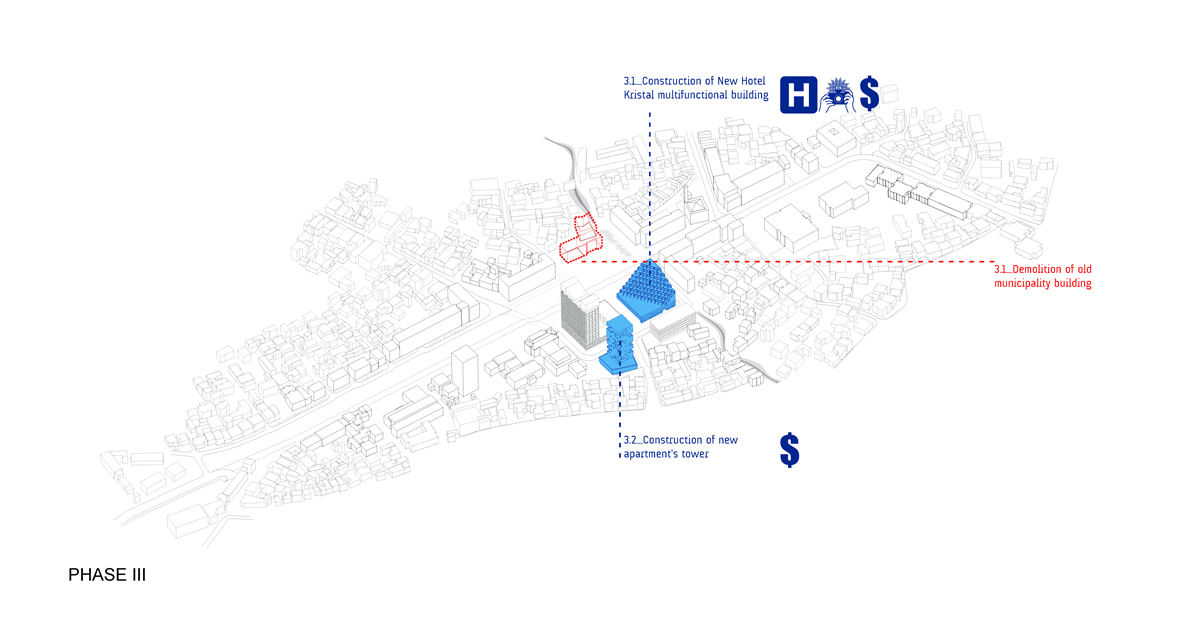 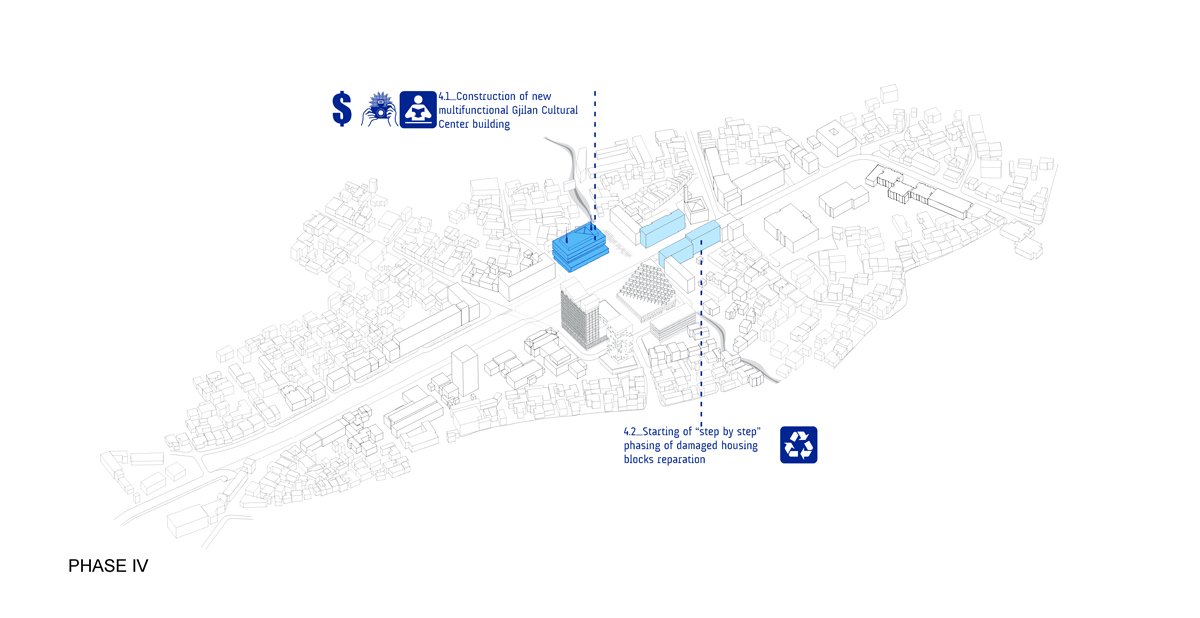 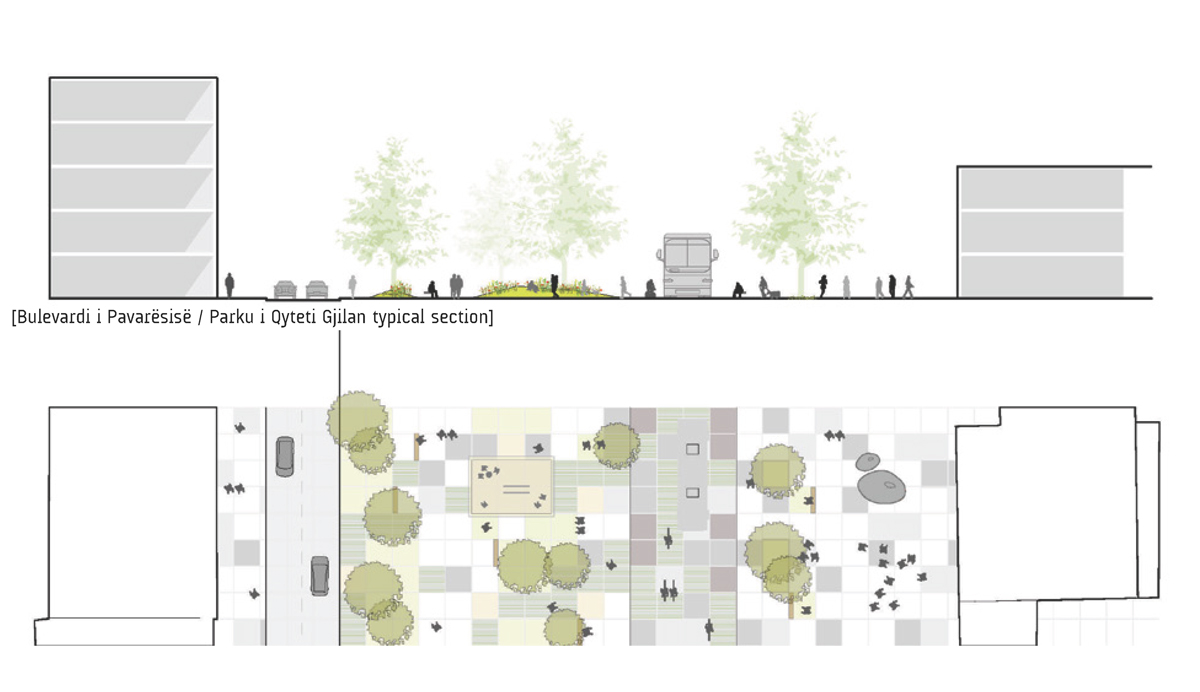 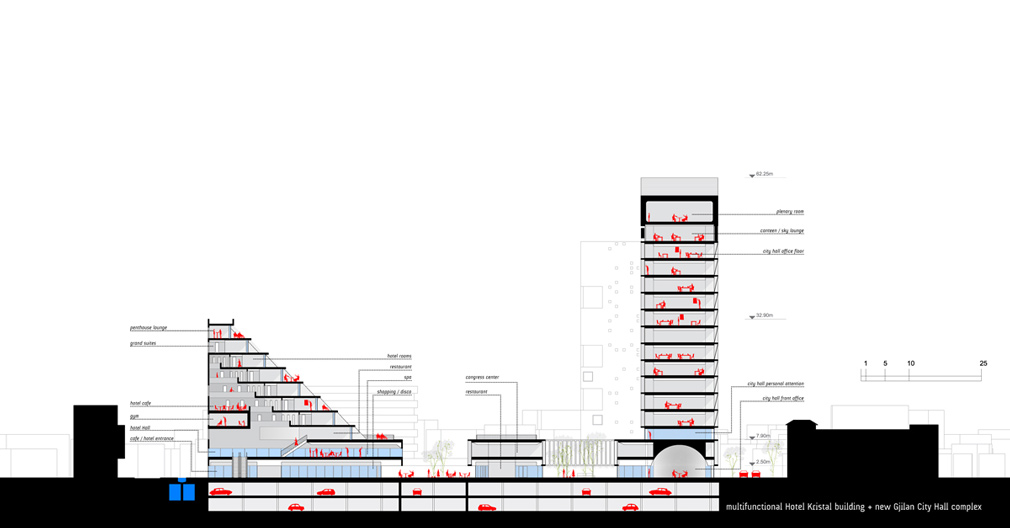